Please consider recommending a woman who has been a model and leader for others.

This award reflects a “new” kind of leader and is given annually to nominated individuals who:

We believe that honoring these values benefits our shared professional community. ATHENA, St. Charles is proof that this community is a place where women’s accomplishments and contributions are valued.

When organizations and leaders participate in the ATHENA award process, they demonstrate: 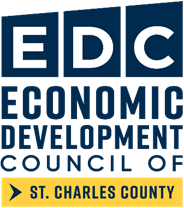 Become a Partner
Make a Donation